This week we’ve had the pleasure of attending the 2013 Genomes, Environments and Traits (GET) conference put on by the Personal Genome Project here in Boston.  It’s been a fascinating chance to reflect, both as scientists and patients, on the role of genomics in society. 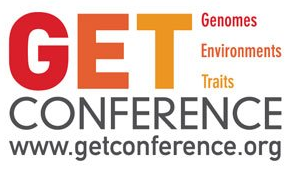 The better part of the morning sessions yesterday were spent discussing the sticky issues of how much it is appropriate – or possible – to involve patients in research and inform them about the results of research and even clinical work being done on their genomes.  The new ‘ome’ of the day was the incidentalome, the set of incidental findings that come up when you do genotyping or sequencing on a person.  Steve Scherer estimated that 50% of clinically relevant findings from genomics are incidental, meaning unrelated to the condition for which the patient was originally referred.  The question of how, and even whether, such findings should be returned to patients is hugely controversial.  Robert Green and Heidi Rehm discussed the new set of recommendations they had helped to produce, which in essence say that patients should receive all clinically relevant findings, incidental or otherwise.  The GET conference was by far the most pro-genomics group of people we’ve ever been in a room with, and so the audience was wholly on board, but Green noted that another group is right now preparing a scathing retort to the recommendations, claiming that returning incidental findings takes away patient autonomy.

Why? After all, Green pointed out that in all other medical tests – X-rays for example – the reporting of incidental findings is mandatory.  Amidst all the supposed controversy, no one has presented a good reason why genomics should be any different.  What’s really different, we think, is simply that genomics is new and scary, while people have long been used to X-rays.  Just a year and a half ago we, too, were terrified of the genome, but we’ve changed our lives based on what we learned.  Genomics is the future, and it’s a future where people can take action.

The tragic Boston marathon bombings last week were a sobering reminder that not everyone gets 20 years advance warning that their life is in danger.  Danger can strike at any time.  We are renewedly grateful to live in an era where information wants to be free, where genomics makes it possible to glimpse – and change – the future.

On the subject of human violence, one of the real treats of the conference was getting to see Stephen Pinker speak.  It was only marginally related to genomics, but he is such a fantastic speaker that everyone was riveted: 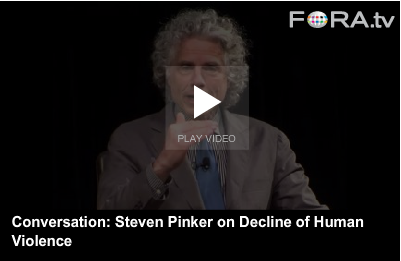 Conversation: Steven Pinker on Decline of Human Violence from The Personal Genome Project on FORA.tv

But above all, the singular highlight of the conference was getting to see HDBuzz‘s Jeff Carroll and Ed Wild speak.  Jeff Carroll’s story is uplifting and inspiring: he was 19 years old and serving in the U.S. military in Kosovo when he learned that his mom had Huntington’s Disease.  He got tested, found that he had the mutant allele, went back to school, and is now a scientist researching Huntington’s.  He’s a role model for us, and he paved our way in more than one sense – he used to work in our lab at MGH, and his brilliance and dedication convinced his colleagues of the value of hiring scientists with a personal motivation to find a cure. 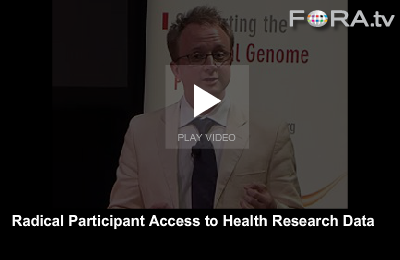 Carroll and Wild spoke about HDBuzz, their project that seeks to educate patients on the results and significance of scientific research in Huntintgon’s Disease.  ”A scientific work is not complete until it has been understood by those who need it most”, said Jeff.  Both spoke beautifully about the relationship between science and hope.  Showing an image of natural gas being flared at an oil rig (circa 11:00 in the above video), Ed said:

Hope is an automatic by-product of scientific research, and we have a forced choice as scientists: we can either let it evaporate uselessly into the air by not engaging with the public whom we serve, or, with a small amount of reprocessing, we can turn it into something incredibly useful, that no other thing can achieve.

This is what motivates their effort to educate the public about scientific progress through HDBuzz.  The goal is to provide “substantive hope”: not reassurances that everything will just work out, nor blind faith that science will cure all, but rather hope grounded in real knowledge of the progress being made.  That’s a hope we can believe in.