This past week we had the privilege of going to Banff to attend Prion2013, the biggest annual conference on prions.  We were truly impressed and humbled by the wealth of progress being made on understanding the basic science of prions and on developing therapeutics.  We also got to meet many top scientists including several of our own collaborators who we’d never met face-to-face. 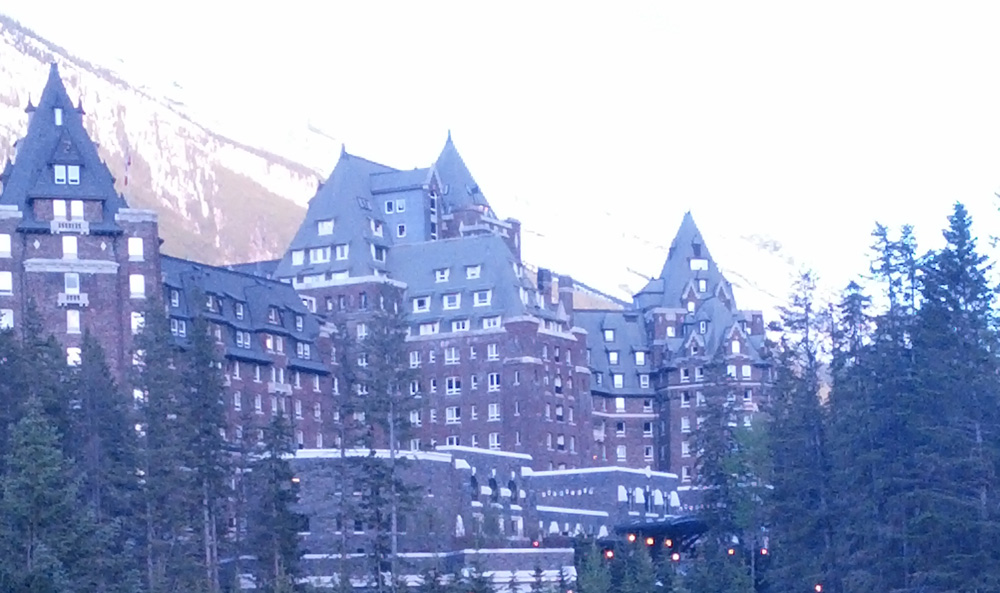 Here are a few of the major themes of the conference.

It’s been three decades since Stanley Prusiner coined the term prion, ushering in our modern understanding that misfolding can induce misfolding [Prusiner 1982].  The ‘prion hypothesis’ – in short, the notion that proteins can be infectious and cause disease – has long since ceased to be controversial.  But it has long been held that the “final final final” proof of the prion hypothesis would be to generate synthetic prions from purified proteins in a test tube and show that they’re infectious.

This has proven surprisingly difficult to do.  Until recently, all of the de novo prions anyone had managed to create all had one or another Shakespearan flaw that made them “not count” – they used mutant prion protein [Legname 2004], used existing infectious prions to seed the reaction [Castilla 2005] or used cells rather than purified protein [Edgeworth 2010].  Finally a few years ago, Fei Wang and Jiyan Ma managed to pull it off [Wang 2010], but people still doubted them.  Wang and Ma had used an extremely sensitive amplification technique, so people wondered if maybe they hadn’t created anything new but had just inadvertently amplified a single prion particle that had floated into the test tube from their lab, where they’d done prion research for years.

To disprove the doubters, Prof. Ma set up a brand new lab at East China Normal University in Shanghai, where no one had ever done prion research before and no prions would be just lying around, and he repeated the experiment there (with success).  This seems to have finally done the trick: everyone was convinced enough that they gave Ma’s protege, Fei Wang, the conference’s annual prize for best research.

The conference wasn’t just about Creutzfeldt-Jakob Disease, fatal familial insomnia, BSE, and the other ‘classical’ prion diseases.  There were also several talks on Alzheimer’s, Parkinson’s, and ALS, with the unifying theme that each of these diseases involves a misfolded protein that, on contact, can induce a correctly folded copy of itself to misfold.  In short: these are prion diseases too.  This seems increasingly well-accepted – hypotheses that seemed controversial even a year ago have gained currency, with big-name scientists like Virginia Lee, Neil Cashman, and Mathias Jucker leading the way.  Stanley Prusiner showed a slide listing a couple dozen disorders that he now considers to be prion diseases.

This is all bad news for Googleability: if just about every neurodegenerative disease is a prion disease, then how are we going to find relevant search results for actual prion diseases?  We’re not changing our name to “Transmissible Spongiform Encephalopathy Alliance”, that’s for sure.

But in seriousness, this is all a huge leap forward in our understanding of these other diseases, and perhaps ultimately in our understanding and treatment of, er, PrP diseases, if you will.  Chris Dobson gave a brilliant talk about the structural similarities of amyloid between a wide range of different proteins and diseases and noted his hope of finding a drug that can act against all of them – “the equivalent of a statin for heart disease”.  As of today this is science fiction, but there is no doubt that there are similarities between these diseases, and advances in one promise to shed light on all.

Prions come in different strains.  In humans, FFI, GSS, familial CJD, vCJD, kuru, and several subtypes of CJD (MM1, MM2, VV1, etc.) are considered to be distinct strains of prion, meaning distinct misfolded conformations of prion protein.  But that’s not all – it turns out that each one of these is not just a single strain, but most probably a collection of different strains (some call them ‘quasi-species’) each with its own properties.  This is a huge challenge for developing prion therapeutics.  The Prusiner lab’s work on 2-aminothiazoles as potential drugs, revealed at the conference, showed that drugs effective against mouse prion strains used in the lab aren’t necessarily effective against Creutzfeldt-Jakob Disease prions.  Not only that, but even the mouse prion strains eventually develop resistance as the drug selects for the few conformations of the protein that can form even in the presence of the drug.

That’s a big challenge, but it’s also a big relief that the scientific community has now uncovered this problem.  In retrospect, strain selection and drug resistance probably explain why quinacrine never worked in animals or humans even though it worked brilliantly in a test tube.  Armed with this new information, you can bet that the UCSF folks and many other groups will be working hard to find drugs that apply universally across all strains of prions.  Dr. Prusiner briefly flashed a slide touting some of the new compounds they’ve discovered and are currently following up on.  Hopefully this will mean that by the time we finally do see a new drug in clinical trials, it will work a whole lot better than quinacrine did.  Having things not work is disappointing – but learning why they didn’t work is a huge step forward.