Last month we attended the Prion2014 meeting in Trieste, Italy. It was the biggest Prion conference to date, with over 500 scientists in attendance. Here’s a quick rundown of just a few of the conference’s highlights with regards to the quest to develop a drug for prion disease. 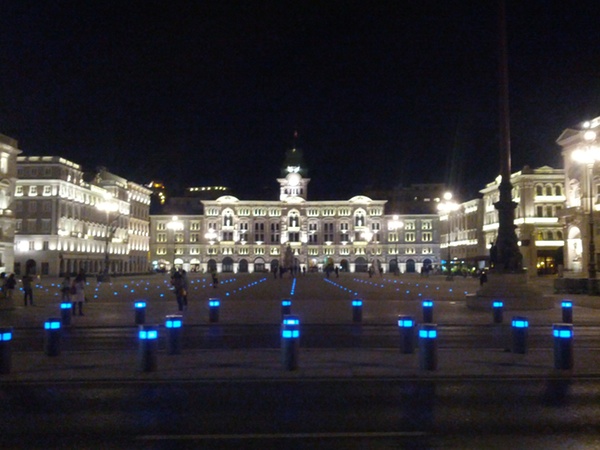 The first few days of the conference featured a powerful lineup of basic science discoveries and clever new approaches to studying prions. There were several excellent talks on the molecular structure of infectious prions, including both new data and new models to try to fit the data. There were new mouse models, new cell culture models, and new approaches to studying PrP outside of its normal environment, in cell-free conditions or in yeast. Given our personal connection to fatal familial insomnia (FFI), we were especially excited to see Dr. Supattapone’s work on forming synthetic prion-like aggregates from pure PrP with the FFI mutation, and at the poster session, we saw data from a new mouse model of FFI by Roberto Chiesa’s group.

There were also several updates from groups working on therapeutic development. Dr. Prusiner presented data in his keynote address on new compounds his lab has developed, Giovanna Mallucci gave an update on her lab’s work on PERK inhibitors, Benoit Schneider presented his work on PDK1 inhibition, and Adriano Aguzzi gave an update on luminescent conjugated polymers.

The final day of the conference focused on advances in the clinic, particularly in the earlier and more accurate diagnosis of prion disease. The progress in this area has been truly impressive. Michael Geschwind gave a bit of historical perspective on how diagnosis has evolved. Just 10 years ago, the 14-3-3 test was considered the primary tool for diagnosing prion disease. In the past decade, he and others have achieved much higher accuracy in diagnosis by applying imaging techniques – especially diffusion-weighted MRI – and gathering data on how the imaging signatures correlate with disease. The newest diagnostic tool is the biochemical test RT-QuIC, in which patient samples can be used to “seed” a reaction with purified normal PrP in order to very sensitively detect the presence of prions. While we’ve been hearing about RT-QuIC in a research setting for years now, it has finally become a reality in the clinic. Pierluigi Gambetti told us that in January 2014, the National Prion Disease Pathology Surveillance Center began running RT-QuIC on cerebrospinal fluid samples they receive from patients with suspected Creutzfeldt-Jakob disease. Inga Zerr is now using the assay at her center in Germany as well. Until now, it’s been necessary to perform a spinal tap to conduct the test, but Byron Caughey and Gianluigi Zanusso presented their work demonstrating that non-invasive nasal brushings can be used to run the test as well. They – and we – are hopeful that this will lead to much earlier and more accurate diagnosis, setting the stage for more effective clinical trials. Toward that end, Simon Mead also presented his analysis of historical data on disease progression from the MRC Prion Unit, and offered a new model to improve statistical power in clinical trials.

And those are just a few of the highlights – you can read all of our notes from Day 1, Day 2, Day 3, Day 4 and the poster sessions on CureFFI.org.

We – Sonia and Eric – also took the stage on the final day to speak on “Proteinaceous Infectious Optimism.” We introduced ourselves to the community, told our story, offered a patient perspective on recent scientific discoveries, and explained why – in spite of all the challenges in drug discovery – we are optimistic about the prospects for a treatment. The conference organizers will be posting a video of the talk online eventually, and we’ll share that video here when they do.

“Proteinaceous Infectious Optimism.” We present our story at Prion2014. Photo by Ekaterina Kochegurova.

We also presented a poster on our research on human genetic variation in the prion protein gene, and were awarded the Hans Kretzschmar Poster Prize for best poster in the Prion and Prion-Like Diseases in Humans category. We thank the judges, the organizers and the research community for this huge honor.

As we’ve gotten deeper into our own careers as scientists, we’ve come to appreciate just how powerful it is to have an opportunity to gather all the great minds of the field in one room for a few days each year. Just as last year, the conference was a reminder to be grateful for how much is understood about the fundamental science of prions. We look forward to attending next year’s Prion meeting in Fort Collins, Colorado.